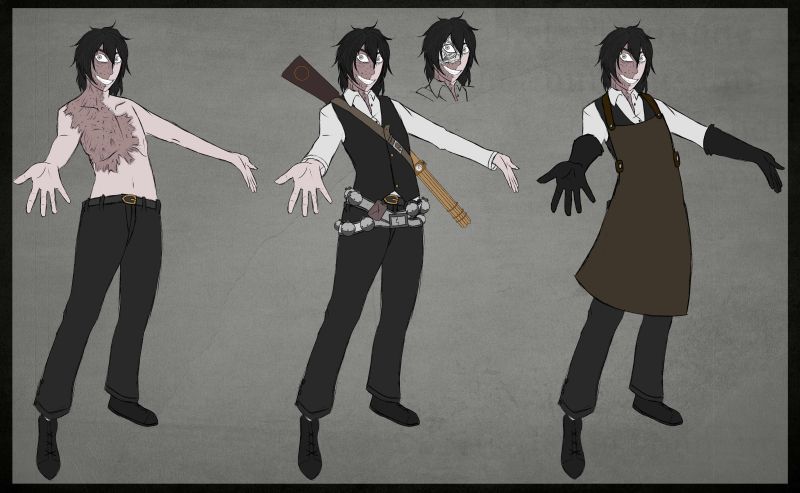 Walter is an German immigrant, excited to explore the west away from the cities of the east.

He is the oldest son out of 3 siblings, 2 younger sisters named Gretel (5 years younger) and Sophia (8 years younger). His family moved to Appalachia from Germany in 1865. He gets money sent to him from his family on the regular when he telegrams back to his family to tell them he's in a new town.

His experience in mad science is all trial and error, freelancing in pest control and being a hired gun is how he makes his own side money. He also helps with miners.

Walter's time in Brimstone has gained him notoriety with both mundane and secretive society. After his death and subsequent acting out with his metal mage abilities, he is watched closely by the law and is wanted by the higher ups by the agency.

He is the owner of Kohler Mining Corporation with some stock in the company held by Lyle Cranston. And he also has stock in a gold mine that boosts his income. The money allowed him to expand his home and business to be one of the biggest in Brimstone. This is both good and bad considering his reputation around the county as Killer Kohler or the Mad Bomber. These nicknames mostly bring him amusement.

However after his near permadeath at the hands of Los Diablos, his personality shifted into one of depression, rage, and regret.

This made him come to odds with the manitou in his head as he began wishing for a mostly calmer life focusing on his business and his possible future with Sarah Vickers.

After multiple near deaths, on his 13th after singlehandedly taking out a zeppelin filled with undead abominations, Walter was resurrected by Father Ernesto de Dias.

He is currently wheelchair-bound while healing under Sarah's care and is planning on marrying her soon after he is well enough to walk, albeit with a limp.