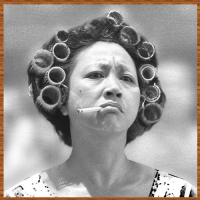 Mei Jin looks out the train window at this desolate backwater. An ocean away from her home, and now several days train travel from Shan Fan, she can see the first hints of Brimstone coming into view. Mei Jin is not impressed. Coming of age in British Hong Kong was not easy, but at least it was civilized. This dirty cowboy town will test her patience. But she took a vow. She is duty bound to protect her Little Sister even if the little fool ran away from Shan Fan with that oaf husband … to do what? Dig for coal like a peasant? Start a business doing laundry? LAUNDRY?!? Mei Jin scowled at the thought. She was once a champion! A body guard! An assassin! Consort to the wealthiest and most powerful Families in all of Hong Kong! It was she who led the Sisterhood against the marshalled dead. It was her fist that shattered the pillar and brought the whole temple down on that accursed sorcerer. And now? Traded her Eagle's Claw for crows feet, she mused sourly. She was a 50 year old woman with a sore back and swollen feet, on her way to play Auntie for a foolish girl who threw her life away for a man. Still….she gave her word to the old man and Mei would lay her life down to protect the Little Sister. And her child.

Mei Jin thought that part of her life was over. The terms of the truce were clear. The Sisters would leave Hong Kong and all the ties that bind behind them. Shan Fan called and Mei Kin set sail. The Families of Shan Fan were respectful to the newly arrived Sisters, but they had their own ambitions and looked toward more 'modern' solutions. The Sisters were relegated to glorified thuggery, in charge of collecting debts for the gambling dens or madams for the brothels.. And so in the last 7 years ""Auntie Mei"" had become fat and lazy. At least in her eyes. Those foolish few who tried to muscle her quickly learned she was not to be trifled with. Her body knew the motions as well as it did breathing, but her joints and muscles protested. Brimstone will prove to have different challenges no doubt. Mei Jin heard the stories, and she believed them. She would commit her body once again to the rigors of practice and flow. Every day at dawn before breakfast she will train harder than ever to regain her form. Well, maybe after breakfast .... and a cigarette.

As she disembarks the train, Mei Jin spies the crudely painted signs in Cantonese that point her way. She then steps off the wooden planks and promptly into ankle deep mud and horseshit. An ominous portent. Scowling, Mei hikes up her skirt and tromps past the signs to Brimstone's ramshackle Chinatown. Auntie Mei has come to pay a visit. 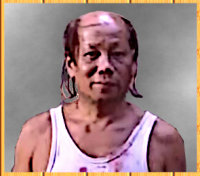 Benjamin Lee is a nobody. Always has been, always will be. Born in Kowloon Province and immigrated to Shan Fan in 1863 destitute and nothing to offer except a strong back. Uncle Ben, as he is known to his more youthful acquaintances, has worked these last several years as a cook but in reality little more than an indentured servant. With no family ties and nothing to lose, Uncle Ben decided to emigrate to the bustling town of Brimstone, New Mexico, grateful for an opportunity to begin a "new life".